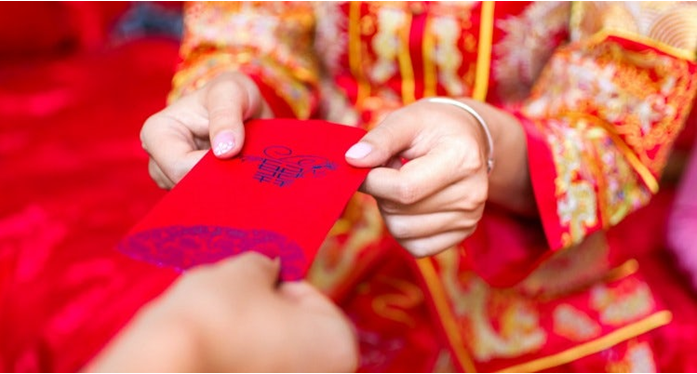 Chinese New Year provides a perfect reason to look to the East for inspiration on how to innovate in one of the big untapped markets: mobile payments.

Today is Chinese New Year, called the ‘Spring Festival’ in China, when everyone travels to their provinces to celebrate the most important holiday in the calendar.Tradition sees Chinese families get together for dinner on New Year’s Eve, with children given red envelopes called hóngbāo containing ‘lucky money’ and good wishes on New Year’s Day. This being China in the 21st century, China’s biggest internet companies – Alibaba and Tencent – have created virtual red envelopes, enabling app users to send money with a few taps of a smartphone. Billions of virtual red envelopes will be sent over the next couple of weeks.

The vast majority of web activity in China happens through proprietary applications run by Tencent and Alibaba. The two dominate digital life in China, creating an effective digital duopoly. In the West, we talk about the influence of the big internet giants such as Google, Amazon, and Facebook. However, understanding what Tencent and Alibaba are doing with apps, mobile payments and ecommerce can give us a real insight to what will happen in marketing in the West.

Alibaba is known globally for its B2B ecommerce platform Alibaba.com, as well as retail websites AliExpress, Taobao and TMall. Alibaba’s online payments system, Alipay, controls about half of China’s online payment market. Combine eBay, Paypal and Amazon and you get an understanding of Alibaba’s brand portfolio.Alibaba’s rival Tencent (meaning ‘soaring information’ in Chinese), owns WeChat, which has one billion users, as well as the older messaging app QQ. WeChat is Facebook, Twitter, Spotify, WhatsApp, Paypal, YouTube – as well as gaming and reading – rolled up into one super app.

So why has all this happened?

Second, Chinese companies jump straight into new opportunities, businesses and industries without fear – anything that could bring more revenue or profit. Edward Tse’s book China’s Disruptors: How Alibaba, Xiaomi, Tencent, and Other Companies Are Changing the Rules of Business, gives us an insight into how Chinese entrepreneurs think: to succeed, companies must continuously generate new sources of advantage. Not for these folks the concept of ‘sticking to the knitting’ or ‘core competence’. No five-year plans or decision making by committee. Instead, lots of iterating and launching new products; leaps of faith are the order of the day.

Third, mobile is ubiquitous in China. In the West we might ask, ‘What is our strategy for mobile?’ In China, mobile is the strategy. That means in China the e-commerce paradigm has shifted to brands and platforms that offer a complete brand experience rather than a narrow focus on sales. As a result, many Chinese brands are doing things that are yet to be seen in the West, integrating experiences across all touchpoints and channels to create a seamless and immersive experience.

So, what are the outcomes of the dominance of Tencent and Alibaba on the Chinese marketing landscape?

1. The channel is the message: brands in China allocate marketing budgets to channels, platforms, or influencers rather than think immediately of paid media spends. This, in turn, generates a need for immediacy and ‘in-the-moment’ actions and real-time content.

2.Ecommerce everywhere: Mobile is not only a medium of communication, and brands are not just purveyors of products and services, but partners helping consumers with daily living. Most Chinese companies have recognised this and build their advertising and marketing, social communication, shopping, purchasing, and payment programmes around mobile.

3.APIs and R&D: Tencent and Alibaba offer open APIs and invest in a lot of startups that create apps that work on their platforms. Another way of looking at this is to see it through the lens of outsourced R&D, with the companies hedging risk and able to find winning ideas without have to focus on one or two big bets.If you want to reach the Chinese consumer, you have to do that through Tencent and Alibaba.

4.Vertically integrated marketing platforms: During Cannes Lion last year, Alibaba launched a set of marketing services called ‘Uni Marketing’ that it claims will “transform the way businesses do marketing”. Uni Marketing aggregates and analyses data collected from the company’s 600 million active users using a ‘unified ID’ across all its sites. Alibaba can also personalise the virtual storefronts visited according to users’ browsing and buying habits. No surprise that Tencent launched its own set of marketing services, called ‘One Tencent’, later the same year.

5.The blurring of ecommerce and retail lines: With echoes of the Amazon deal to buy Wholefoods, Alibaba has taken stakes in retail groups such as Auchan to expand its ‘New Retail’ initiative as well as build its own chain of fresh food grocery stores called HeMa. Likewise, Tencent has just done a deal with Carrefour China.

6.Media assets are the ‘battering ram’ for traffic online: Rupert Murdoch described sport as the “battering ram” that persuades viewers to sign up for pay TV subscriptions, and Chinese firms take a similar stance on other media. Tencent has stakes in Snapchat and Spotify and bought Supercell, the Finnish games company behind ‘Clash of Clans’. More recently, it bought 10% of Skydance Media, makers of the films Mission Impossible and Star Trek, as well as the forthcoming Terminator movie. All of these franchises will be used for promotion and distribution of content across the Tencent network.

What we can learn in the West? Back to the Red Envelopes

There are signs that the big tech firms in the West are learning from China: Facebook just hired a WeChat executive, and Facebook Messenger now includes payments, games, and the ability to hail an Uber. Group chats are growing exponentially on Facebook Messenger and WhatsApp. Twitter has added stickers, and Apple’s iOS 10 features ape some of those already found in Asia, such as the emojis and animations.

But these are small fry, compared to the behemoth that is mobile payments. The mobile payments market in China was almost 30 times bigger than in the US in 2017, and Alibaba’s Alipay is responsible for more transactions than the state-owned payment network connected to China’s central bank.

So are mobile payments where we can really learn from China? And, if so, how did they catch on so fast?

Maybe it won’t be red envelopes, but it’s hard not to imagine a new payment mechanism that combines gamification, gifting and social that takes advantage of our existing habits to exponentially grow the mobile payments market.

Back to the ‘hóngbāo’ – the ‘Red Envelopes’ of Chinese New Year – and good old fashioned marketing tactics. These virtual ‘hóngbāo have turned into the real battleground between Alibaba and Tencent to grab market share of the massive Chinese mobile payments market. Prior to 2014, Alibaba practically owned mobile payments in China. The creation of virtual red envelopes was Tencent’s secret weapon in getting users to use WeChat mobile payments.

How did WeChat get such traction with its mobile payments? Through good old fashioned paid partnerships and advertising! In 2015, WeChat paid for the rights to Chinese Central Television’s national programming for Chinese New Year. That gave it an audience of 800 million viewers, who it wooed with an $80m giveaway that asked viewers to use WeChat’s ‘shake your phone’ feature to receive a red envelope of free money. After the show, WeChat distributed another $500m of red envelope discount coupons.

Today, billions of red envelopes are sent over the Spring Festival. But they have also become messaging mediums in their own right, with 60 million WeChat users sending one everyday – just like we send emojis. Famed Silicon Valley venture capitalist firm Andreessen Horowitz calls them ‘money as a message’. And, We Chat is rolling the idea out elsewhere; its partnership with Starbucks allows users in China to buy coffees or pastries for a friend or family member, bringing WeChat Pay to Starbucks’s 2,500 Chinese outlets.

Of course, the regulation and cultural landscape in the West is totally different to China, and there is lots of pre-existing competition. Maybe it won’t be red envelopes, but it’s hard not to imagine a new payment mechanism that combines gamification, gifting and social that takes advantage of our existing habits to exponentially grow the mobile payments market. Whichever brand can do that will have the bankers going red in the face.