There are no such things as ‘industries’, only ways of serving the customer need 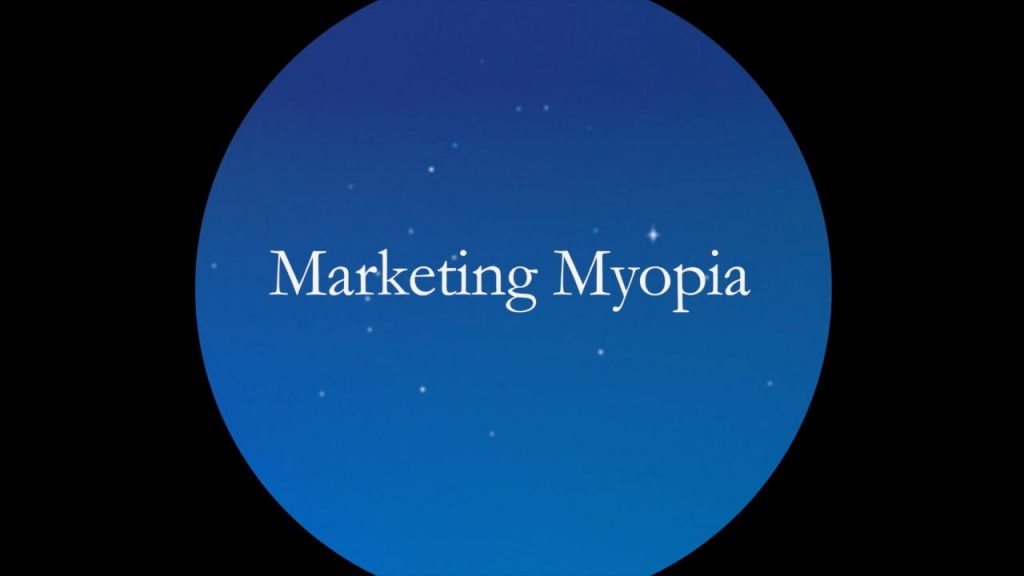 Short-term thinking will lead brands to disaster. Instead marketers must understand the value their product provides the customer to be better prepared for the future.

At some point in its development, every industry can be considered a growth industry, based on the apparent superiority of its product. But in case after case, industries have fallen under the shadow of mismanagement. What usually gets emphasised is selling, not marketing. This is a mistake, since selling focuses on the needs of the seller, while marketing concentrates on the needs of the buyer.

This is a quote from ‘Marketing Myopia’, the seminal 1960 article by Theodore Levitt.

What is ‘myopia’? Nearsightedness – the ability to see things right in front of you, but not in the distance. The marketing myopia that Levitt describes is that brands invest so much time, energy and money in what they currently do that they forget what they are actually doing for their customers. It seems obvious when someone says it, but no-one did before ‘Marketing Myopia’.

The most famous example Levitt used is the US railroads, which, he argued, fell into steep decline because they thought they were in the train business rather than the transportation business.

To me, the epitome is Kodak. In 1996, it had 120,000 employees and was immensely profitable in its core business of making film. The words ‘Kodak moment’ entered the vernacular to describe a moment that had to be recorded for posterity (and you thought ‘selfies’ were a new thing).

By 2012, Kodak had declared bankruptcy. In the same year, Facebook paid $1bn for a startup that made no money and had just 13 full-time employees – Instagram.

Even more bizarre is that Kodak invented digital photography and made the first digital camera in 1975. Yes, Kodak actually invented the process that allows us to make images with our phones. And made billions on the patents until they ran out in 2007.

To add insult to injury, Kodak created and built the first ever consumer digital camera on behalf of Apple in 1994, called the Apple QuickTake. However, Kodak would not put their name on it, as Kodak believed they were in the film making business.

We don’t have to look far to see brands suffering from marketing myopia today. Both news publishing and music are slowly being weaned off their previous production-oriented worldviews of mass-manufactured newspapers, magazines and CDs.

Hollywood made the assumption it was in the business of making films and distributing them in theatres. It did not consider Netflix and Amazon as a threat. However, it’s not making movies but entertainment as a whole. Disney, with its Marvel franchise, appears to have recognised this.

Closer to home, the world of marketing has been upended by the invasion of Accenture, McKinsey and IBM. I wonder, did the advertising agencies think they were in the advertising business, as opposed to the real customer need: creating growth and, you know, selling more ‘stuff’ for the client?

So what is the cure for marketing myopia? That you don’t fail to recognise the value that the product actually provides to the customer. The concept of ‘industries’ has changed: you don’t have to know anything about photography to invent Instagram.

Theodore Levitt believed that we couldn’t predict the future and we shouldn’t even try. Instead, by keeping in mind the business that we’re really in – serving the customer – we can be better prepared for whatever the future will bring. Better be ready.

PrevPreviousFriction is the one thing between you and more sales
NextFuture marketing leaders will need a compass, not a mapNext