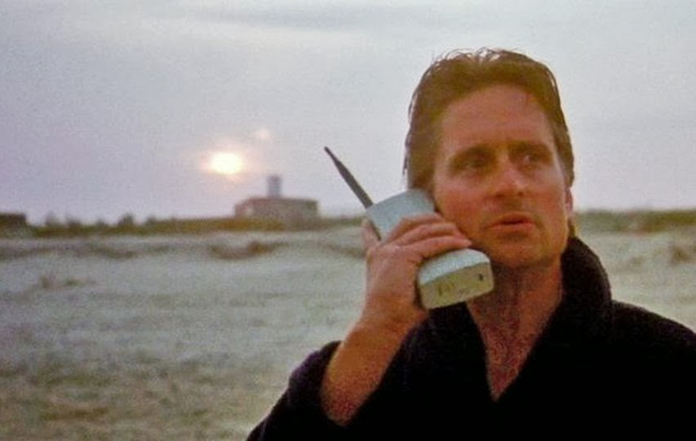 Rich people used their money to buy bling, now they use it to buy goods and services that give them back their time – and one day, so will we all

The 1987 Oscar-winning movie Wall Street, with Michael Douglas and Charlie Sheen, is iconic for a number of reasons. First, it was the definitive film portrayal of 1980s excess, with Douglas’s character Gordon Gekko advocating that “greed is good” and “lunch is for wimps”. Second is the huge brick-like mobile phone that Gekko used – probably the first time ever that a mobile phone was at the heart of a movie.

Thirty years later, Gekko and his brick look ridiculous; it really dates the movie, just like red braces and big shoulder pads. But, at the time, it what rich people had to have.  Today, mobile phones are ubiquitous, and have catapulted from being a high-end gizmo for rich people to something that even the poorest developing country has in plentiful supply.

Often it is the richest who begin a trend. So, what else do only rich people do today that could become commonplace for the rest of us? Could their habits help us understand the future? Google chief economist Hal Varian originally posed the question, and I believe it provides an interesting frame to think about what could happen and, indeed, what already is happening around us.

Let’s look to the past to get an understanding. Just over 100 years ago, only rich people had cars, then Henry Ford came along with the Model T, rode down the cost curve through mass manufacturing and ensured that everybody could have a car. You could apply the same logic to Tesla cars – today, only for wealthy people, tomorrow ubiquitous.

Years ago, eating out was what wealthy people did. I can count the number of times I ate in a restaurant when I was a child on the fingers of one hand. My teenage niece would beat that in just one week. She can even get her choice of meals from the best restaurants in town delivered to her door if she wants.

A couple of hundred years ago, the ‘Grand Tour’ was the trip around Europe taken by rich men and women as a rite of passage. More recently, only rich people could afford to fly during the ‘jet age’ of the 1960s and 70s. Now the low cost carriers have democratised travel so that we can book a flight for the price of a round of drinks. The same thing can be said about Primark, Zara, H&M and their brand of fast fashion that takes what’s on the Paris and Milan catwalks and brings it to the high street for ridiculously low prices a few months – or even weeks – later.

What about health and beauty? Personal trainers, personal shoppers, facelifts and manicures used to be just for Hollywood stars and wealthy socialites. Now I can get botox fillers injected during my lunch break (not that I have, just for the record).

What you earn for an hour of your time today can pay for a lot more than it would have 30 years ago. Technology and the cost curve are making many things we all do in day-to-day radically cheaper.

The smartphone in your pocket contains all the gadgets we had to buy individually in the 1980s and 1990s. Then, you had a camera to take pictures, a torch to light your way in the dark, a TV to watch Seinfeld, a VCR to play movies rented from the video store, a boom box to play your CDs and cassettes, and an actual piano or guitar if you wanted to be a musician. Now we have all that in a smartphone, with the Garageband app replacing the actual the garage bands of my teenage years. If you added up the prices of all that hardware 20 years ago, it would have cost you thousands.

Wealthy people are moving away from outright displays of materialism to more subtle displays that show status.

So, what do rich people do today that could be used a lens to see the future?

Today, wealthy people are moving away from outright displays of materialism to more subtle displays that show status. Being very rich used to mean having more bling. Now, instead of flaunting their wealth, rich people spend a smaller proportion of their income on material goods. Flashiness is now for the riff-raff.

Now the rich buy time rather than possessions

The rich spend more on private education; other people’s labour (gardeners and nannies) to win them more time; private healthcare; boutique travel experiences; and limited or authentic versions of goods that are difficult to imitate like Birkin bags, classic cars and vintage wines. It’s not too hard to imagine a future where much of this will be available to the hoi-polloi like myself.

Today we can already use our smartphones as a sentient servant, with the likes of Apple’s Siri and Amazon’s Alexa technology acting as our personal assistants. AI-powered machines are still in their infancy, but we can get a glimpse of their potential. Tony Stark from Iron Man (another rich guy, albeit fictional) shows us how, if we think Siri is useful now, the next generation could be much more like the movie’s all-encompassing Jarvis AI.

We are also likely to be able to afford elite-level education because of its availability online from many of the world’s greatest universities. Given that gene editing, DNA sequencing and personal medical devices are collapsing in cost, concierge medicine with your medical record and a private doctor available online 24 hours a day is perfectly reasonable to assume. Indeed, I know a startup offering similar services right now.

Just like for the rich today, material goods and luxuries that used to be a source of happiness won’t have the same effect on us, compared to having more time and a better quality of life. In other words, having less ‘stuff’ and paying a premium for the good things in life beyond the basics is a theme from the rich that could apply to us all.

When you buy back your time by paying someone else to do an activity (for example, getting dinner from Deliveroo), you are using your cash to free yourself up to do something you like better.

James Gilmore and Joseph Pine’s 1999 book The Experience Economy was one of the first to discuss the rising importance of customer experience, showing how economic value progresses from delivering the basics towards an era in which all businesses will need to orchestrate memorable experiences, for which their customers are willing to pay a premium. We can already see this, with retailers and shopping centres evolving their business model to become more of a discovery engine for new products and experiences.

Do I see Mayfair properties or private jets falling into my hands at some stage in the future? Possiblynot. But when you buy back your time by paying someone else to do an activity (for example, getting dinner from Deliveroo instead of cooking), you are using your cash to free yourself up to do something you like better – something that only wealthy people could have afforded the past.

So, while it may be fun and interesting to look at what the wealthy are doing today, it can also illustrate how lifestyle shifts at the ‘top’ can forecast patterns that will have very real consequences for everyone. Perhaps the best starting point for thinking about the future is considering what is possible with today’s technology that we cannot possibly imagine, and what is custom-made now that could be mass-customised in the future.

PrevPreviousWant to be a Marketing Success? Change your Mindset.
NextBeing seen as an ‘influencer’ doesn’t make you a good marketer: in fact, ‘influencer lists suck’Next